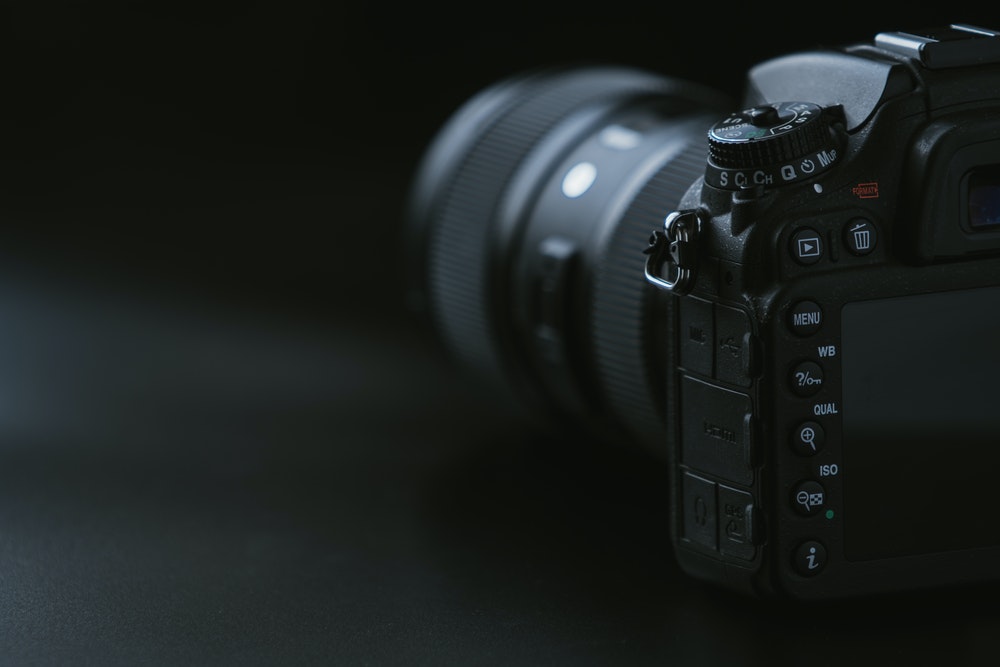 Today, everyone has a camera, either on their phone or as a seperate piece of equipment. When we talk seperate, there are two different types of photographers: Ones that care about image quality, noise, basics such as aperture, shutter speed and those who know a lot about cameras and things related to it, and ones that only care about the moment. So, which DSLR camera you should buy? Read on and I will explain.

We all do, but they ignore the quality, size etc.(I could also say ones that need a camera for facebook pictures and others that don’t).

Digital SLRs have many advantages. But do you really need them, or do you just think you need them? Are you ready to spend minimum $1,000 for a DSLR with lens, or would you be better with an okay point snad shoot (P&S) camera for $200? Think, so you won’t regret.

Because there are so many different DSLRs on the market, you probably find it hard to choose one. That’s why I wrote this, to help you decide which DSLR camera you should buy. Answer these questions below.

What will you use the camera for?

Are you going to photograph sports? Then you need a camera with 10fps or more. I often shoot sports and my Canon EOS 50D has 6.3fps. That’s great! I don’t need 10fps, because the 5D is fast enough.

If you are going to photograph in low light, your camera shouldn’t have plenty of noise, and it should have high ISO too.

Like, 1600 isn’t enough, while 6400 is. So, go in a camera store and make a few tests with different cameras at different ISO speeds and see which one gives you the lowest amount of noise. Or you could visit different photo sites/forums and check pictures from members with that certain camera.

How much are you willing to spend? More expensive cameras aren’t always better.You see, if you want to start your own photography business, you will have to buy a lot more than just a DSLR with kit lens. You’ll also need more memory cards, tripods, flashes, maybe even another body.If you’re a hobby photographer, then this is easier. Grab a DSLR with kit lens, learn the basics and you’re ready to go – in most cases.

Alright, this seems to be the most important thing about cameras today. Many people on Yahoo ask about cameras. After ‘Canon or Nikon?’, the second most asked question is ‘Is 20 megapixels enough for good photos’, or anything similar to that.

Who’s better, Canon or Nikon? None. If Canon would be better, Nikon would be gone. Vice versa. Canon doesn’t have sharper photos and Nikon doesn’t have better looking images. Don’t listen to people that tell you that!

Also read  Understanding the Role of Exposure in Photography

For me, Canon is better. For someone else, it would be Olympus, Nikon, Sony etc.Do you have any gear from Canon? Then it would be logical to buy a Canon. Same for Nikon.

If you like the built-in Image Stabilizer in Sony and Olympus bodies, then buy a camera from them.

I am a Canon user, but I don’t say that Nikon DSLRs are bad. Some models are better, some worse. The brand you choose is most likely going to be the brand you’re gonna use forever.

It is also important what features your DSLR should have. If you’re going to photograph in low light and don’t want blurred photos, you should know how your camera handles high ISO and what is the maximum it can go. Some have less noise, some have it more.

For those who photograph sports or wildlife, frames per second are important. It’s better to have a few different photos than just one. What if that one is blurry? As I said before, my 50D has 6.3fps and that is enough!

LCD Screen. There is a lot of difference between 1.5″ and 3.0″. Obviously, picture will be bigger on the second one. LCD’s on beginner cameras have 230,000 dots while on more professional ones, they have 920,000 – it’s easier to check if your photo is sharp.

Video recording. You have DSLRs with Full HD recording and ones with HD recording. Canon is the best when it comes to Video DSLRs (my opinion), because they offer a lot of frame rates (24, 25 and 30 usually) and 60 frames per second in HD mode for slow motion. However, you have to focus manually on all DSLRs, so this is not the best way to record action movies.

Also read  How to Take Better Portraits With a Phone Camera

There are many more features. Do you really need them, or you just want to have them?

I thought that buying a Praktica LLC after I bought the Praktica L (which is an older model), would improve my photos, especially because it has a light meter. All I had was a Meyer-Optik 50mm f/1.8 lens.

No other lenses. Well, I soon found out that I should invest into more lenses, because my photos were still the same. Some never figure it out, and keep on buying more expensive cameras. Well if you need it, sure, go ahead. But if you’ve got a lot to learn, take it easy.

Summary: which DSLR camera you should buy?

If you bought your first DSLR and you already want to upgrade because you don’t like pictures..why not buy a new lens? The 18-55 (or most other kit lenses) aren’t optically great. Perhaps you should buy a Canon EF 50mm f/1.8? Most of the DSLRs today are great, so if quality is bad, it’s mostly because of your lens.

I’m not saying you should never buy another body! Do it when you fully understand what you camera is capable of, and what you can’t shoot with it. Know all controls and buttons. Know your camera.

Photo by Vitaly Vlasov from Pexels