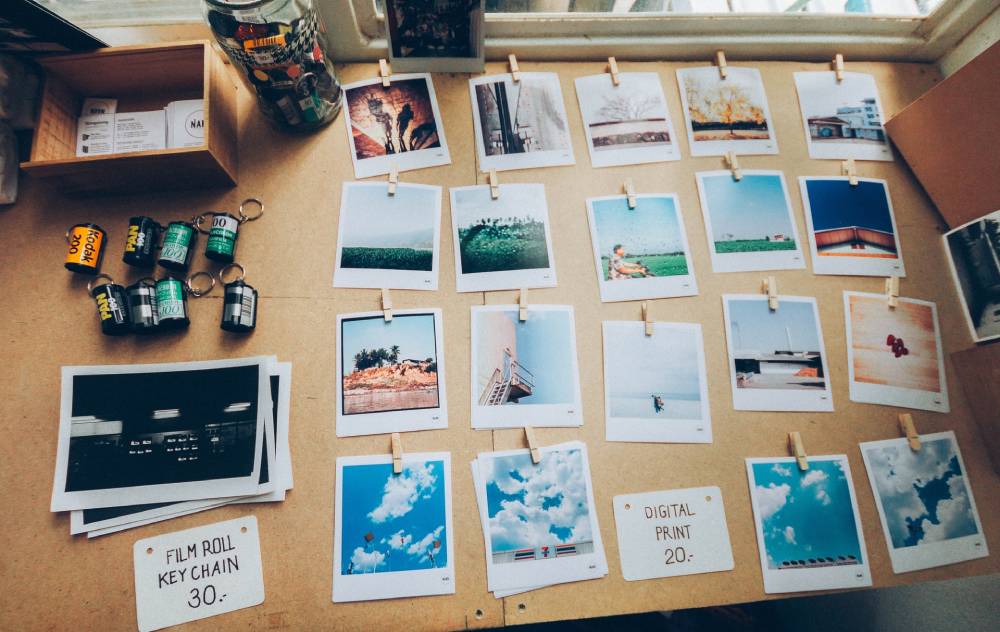 When Toyota hired Rebekka Gudsleifdottir to shoot a series of billboard ads for the Prius in 2006, it was an idea they were after. Rebecca, then an art student in Iceland, had already gathered a large following on Flickr by creating a series of self-portraits in which she appeared twice. That double-appearance, Toyota’s advertising company felt, reflected the hybrid car’s two power sources.

These days, they might want to avoid photographers whose careers appear to be as unstoppable as Rebekka’s (her work this month will be exhibited in New York) however that commission – remarkable for a non-professional — does show how sometimes a good idea, combined with the right execution, can be enough to win paid work. Rebekka though isn’t the only photographer whose creativity has helped to fill her order book.

Here are five other photographers to help inspire you to sell your photography with creativity.

Kevin Bauman’s idea was perhaps the simplest. A resident of Michigan, he became fascinated by the abandoned houses he saw in and around Detroit as industry closed and people moved away. He began taking pictures of the properties, shooting them front-on, so that as his collection grew the individual houses became part of a crowd, describing both the beauty of the decaying architecture and the spread of that decay.

When he put those pictures up on a website, the result was phenomenal. The site went viral, and featured on ABC. A report about Kevin’s work appeared in The New York Times and sent him about 8,000 unique visitors.

It also delivered 70 print sales at $35 a time, $10 of which were donated to Habitat for Humanity and the Greening of Detroit.

The images themselves aren’t particularly complex, however the idea struck a nerve at a time when Detroit was in the news. Matching the political zeitgeist with charitable donations, a clear way of shooting a subject, and a way to buy the pictures, helped Kevin turn his idea into cash.

Beth Dow Takes a Platinum Idea into the Garden

For Kevin’s photos the creativity is in the concept. For Beth Dow, it’s in the execution as well. In 2008, her Blurb book In The Garden, a collection of images shot in English and Italian country gardens, won the Photography.Book.Now competition. Unlike most landscape photos the images were made from platinum prints, a hand-made “slow art” process that Beth said she found seductive.

“I drew compulsively when I was growing up, and I filled stacks of sketchbooks with pencil drawings of twisted trees and anything else that would stay still for me,” she told us then. “I still love the subtlety of graphite, and platinum is the closest photographic medium I can think of.”

The result was a set of photos that Beth describes as “meditative” and “spiritual.” It was also a set that, despite also being exhibited at the Katherine Nash Gallery at the University of Minnesota, was tailor-made for a book, Beth’s format of choice.

“I’m seduced by the “thingness” of books – the smell and feel of them, and this notion of the book as artifact is echoed in a platinum print.”

It helps too that books are easier to buy than prints, allowing Beth to turn her idea into more sales. Maybe there’s something inspiring in that to sell your photography.

Also read  10 Ways to Get More Out of Travel Photography

Kevin Bauman isn’t the only photographer to recognize the beauty — and the earning potential — of old homes. Vlad Gerasimov’s series of wooden Siberian houses are shot in a very different style, filled with colour and texture. They’re also sold in a different way too.

While Kevin Bauman relies on print sales to generate revenue, Vlad’s following on product sites like Zazzle has enabled him to create subscription models that let him sell his unique pictures as computer and mobile phone wallpaper.

Vanessa Dualib Plays with Her Food

While Beth Dow’s style is serious and atmospheric, Vanessa Dualib is able to earn income through play. Her decision to start posing food items came when confined to her home while recovering from an illness. It started as a joke, she said, a way to avoid boredom and to combine her three great passions: photography, food and humour.

When she put the pictures of animal eggplants and skating carrots on Flickr though, like Rebekka, she found herself developing a following. And like Rebekka, that following attracted the attention of the professional world. Getty, which was then starting to build its Flickr collection, invited her to submit her photos.

Put off by their licensing requirements, she kept most back however offered four, each of which sold licenses in the first four months on the market. She’s also put all of the images in a Blurb book. For Vanessa, sales come from a mixture of fun, creativity, Flickr’s support network and, most importantly, the concept.

“If you got an idea however you’re a bit shy of trying it out because you don’t think you have the right technical skills or equipment to do it, my advice would be to just really give it a try,” she says. “The real important thing here is just to actually have the right idea. Have fun, do your thing and enjoy!”

Playing seems to be a good way to come up with valuable, creative ideas. It worked too for video games programmer Mike Stimpson. After taking up photography, Mike became interested in the history of the subject and decided to re-create classic early images… using Lego characters. The photos were spotted again by Diggers, who in turn were spotted by the BBC.

The Sun, the UK’s highest-selling tabloid wrote an article about Mike’s work, including the link to his page on RedBubble. The newspaper’s publicity generated sales of more than 150 cards and about 30 print sales. The BBC gave those revenues another boost.

For Mike, as for Vanessa Dualib, it was the idea that was key — and the lack of fear about doing something new, fun and imaginative.

Sell your photography with creativity

Sometimes, creativity can extend beyond the picture into the sales channel to help you sell your photography.

One of the biggest challenges for photographers is the conservatism of buyers. Customers tend to buy what they know they — and sometimes their clients — like. Being creative then can mean sticking your neck out, however it can also be fun, rewarding and remunerative too.