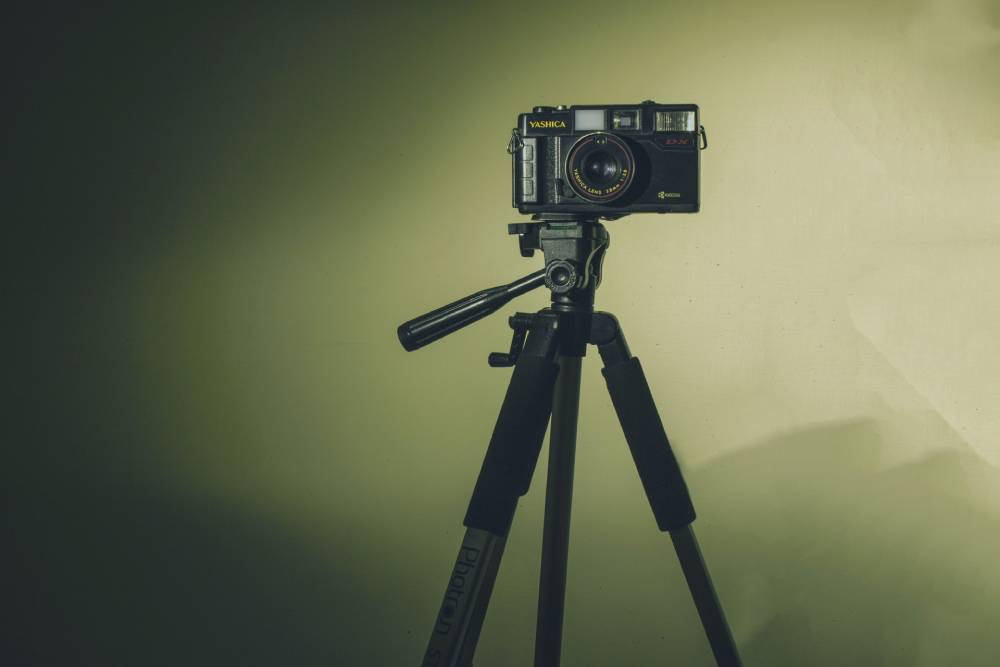 What makes up a great tripod and how do you go about buying one for yourself? In this detailed guide, we will discuss the features that you need to consider when buying a camera tripod.

Camera tripods are so useful, and they are one of those camera accessories that people like to buy after they get their first camera.

The problem is there are a lot of tripods out in the market and there are lots of price points and different features so it’s really hard to figure out which one is right for you. The bottom line is to give you 6 features that you should look for before you buy a new tripod.

You might also need a tripod if you plan to do selfies or group shots in which you want to be in the photo or it should plan to do vlogs or videos. With those reasons in mind, let’s go over the six features that you should look for when buying a camera tripod.

Those six factors to look for when buying a camera tripod, are;

Let’s go through each now, in more detail.

The first feature to consider when buying a camera tripod, is the payload or the load capacity of the tripod. To come up with this number, you should consider the heaviest combination of camera and lenses that you plan to use at any one time on the tripod.

For example, a full-frame camera with a 70 to 200 lens is a lot bigger and heavier than, say a crop sensor camera with a wide angle lens. The ideal tripod for that camera combination is pretty different than that of this camera setup.

In fact, some tripods don’t even come with a head and you have to buy them separately. Bottom line is to make sure that both the tripod and the tripod head are able to support your camera.

The second feature to consider when buying a camera tripod, for your tripod is how easy is it to carry around. That was one of the biggest features that I looked for in my tripod because so much of my work that I do on a tripod involves a lot of travel. Therefore, I really wanted a tripod that folded up really compact and it also was lightweight to begin with.

If you have started out with a heavy tripod, then it’s going to be pretty hard to travel with it. However, if you plan to do much of your photo and video work in a studio and you won’t be traveling around with your  tripod very often, then it might be a good idea to get a really heavy one so that it’s really stable.

It really comes back to where and how you plan to use your tripod.

You also might want to consider how your tripod legs extend. Most tripod legs lock by either one of two mechanisms. A twist lock mechanism, which involves twisting and extending the legs and you have to do that for all three legs and however many columns there are.

Depending on how tall you want your tripod to be, most of these tripods that deploy like this are you know three sections five sections and the problem with this is that the more sections are your tripod legs, so the longer it takes to set up your tripod and then put it away.

The alternative are locking mechanisms. With these, instead of twisting them, all you have to do is lift a flap and extend the leg and then lock it back into place. Many Manfrotto tripods are really great examples of these locking systems, and they often have two sections per tripod leg, which means it’s a lot faster to set it up and pack it back up.

Which of these tripod leg mechanisms is best just comes down to personal preference. I tend to use the twist locks, just because they are pretty standard on most tripods that I’ve seen out there, and I am more used to them.

The third feature to consider when buying a camera tripod, are the maximum and minimum heights of your tripod. To consider what’s ideal for you, you really have to think about what situations are you going to be using your camera in, and do you plan to be level with your camera or are you going to be shooting subjects that are particularly tall or particularly short?

Most tripods are able to get pretty tall, however not very many of them can actually get very low. It is important to me that I can get a tripod flat down on the ground, so I can get some really low angle shots and that’s really important because some of these other tripods that I have, don’t have legs that are that flexible enough.

So when you’re looking for a new tripod be sure to check out the maximum and minimum height, and make sure that it’s going to be enough to support whatever subjects you’re going to be photographing or taking videos of.

The fourth quality to consider when buying a camera tripod, is how stable is your tripod. The stability of a tripod really depends on several different features. Most tripods are made out of either aluminium or carbon fibre, and aluminium tripods tend to be heavier and actually cheaper. However, as a result, they are more solid compared to carbon fibre tripods, which can cost a lot more. Even though they’re more lightweight, carbon fibre tripods are sometimes a little bit less stable to go back to.

Another feature that can affect the stability of your tripod is the little retractable spike that sometimes is on the end of the feet of your tripod. I don’t actually have that feature on any of my tripods, however I have this monopod or my favourite monopods that I use and it has a really good example of this retractable spike.

Usually this spike is on the bottom of the foot, and all you have to do is spin it in order to make it show. Having a spike if you’re working, especially doing landscape photography or on uneven ground, you can stick this spike inside of the ground underneath you and that helps give you a little bit of extra stability.

The last feature to consider when it comes to tripod stability, is the retractable hook found on some tripods. This hook is really great for adding a little bit of extra weight to make your tripod more stable. Things that you might attach to this hook include sandbags or what I like to use is a water bottle.

If you have a water bottle that has a hole for the hook to attach to, you can fill that water bottle with water and by doing that you attach it to the centre column of your tripod and that gives you just some extra stability to hold that tripod in place.

The fifth feature to consider when buying a camera tripod, is the quality of the actual tripod head. As we talked about earlier, the tripod head is usually able to come off of the tripod body and in some cases, you will have to buy a tripod head completely separately.

There are a number of different types of tripod heads, the ball heads are probably the most prominent type of tripod heads that you’ll see, however there are also options like a pistol grip or a three way, which is my latest favourite tripod head.

I really like this tripod head because it is just easier to lock it into place and ball heads have a tendency over time to end up slipping, especially if you’ve got a low quality tripod head.

If you are using a heavier camera rig on top of a ball head, the cheaper ones will wear quickly, so be careful when you’re buying your ball heads and make sure that you invest in a high quality one.

The final thing to consider, when it comes to tripod heads is what type of plate is on top of that tripod head. The plate is the mechanism that screws into the bottom of your camera and allows you to attach your camera on top of the head, which then attaches to your tripod.

There are two main types of plates for tripods, the Universal tripod plate (as seen in the above image), or the Arca-Swiss type. The only problem with the Arca-Swiss plates, is that you also need an Allen wrench to secure them.

The only other type of plate out there are specific to Manfrotto tripod heads and the nice thing about those, is that you don’t need an Allen wrench to secure it to the bottom of your camera; they use little handles so they’re a lot easier to attach to your camera.

The sixth and final quality to consider when buying a camera tripod, is any extra features or bells and whistles that come with that tripod. An example of these features is a bubble level, which is sometimes built into your tripod head or the tripod itself.

These really help make sure that your camera is even when you’re shooting although you could also buy a bubble level separately to put on top of your camera or just use the level inside of your camera.

Another possible feature on some camera tripods, is that they can convert into mono pods. You can unscrew one of the legs and take apart the tripod and turn it into a monopod, which is really cool if you have any reason to use mono pods.

Not all tripods come with this feature so be sure to look for it if this is something that you think you might need. Another really awesome feature is on some tripods, the centre column can become a horizontal column, which is really useful if you like to do product shots or if you need to shoot down on a table.

The last feature that I always look out for, is does the tripod come with a carrying case? Not all tripods do, however a lot of other tripods are starting to become common with a case. When you are done with using your tripod, you then simply fold it up and stick it inside of the case that it comes with.

This also turns out to be really great for travel; you can zip it up and then stick it on top of a suitcase or inside of it even, and it’s just really easy to travel a tripod when it can fold up and pack up so neatly.

Finding the right camera tripod for your photography needs is quite a personal choice, however knowing all the above features and things to look out for, certainly helps. Whether it be a lightweight travel tripod, a monopod, or a heavy studio camera tripod, they each have their own pluses and minuses.

To reiterate just once more, the six factors to look for when buying a camera tripod, are;

All the best in finding the perfect tripod for your needs, and enjoy the new camera accessory!